All publications by Pauline Kubat 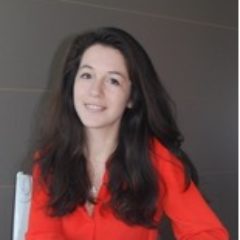 The French Competition Authority amends its method for determining fines

The French Competition Authority published on July 30, 2021 a notice on the method for determining fines in relation to anticompetitive practices, which repeals and replaces the previous notice dated May 16, 2011.

This new notice, based on case law and the decisions rendered by the French Competition Authority in the last ten years, draws the consequences of the transposition of the ECN+ Directive aimed at increasing the effectiveness of competition rules within the European Union.

The reason: Google had engaged into discriminatory practices aimed at favoring its own adverting technologies to the detriment of the other players of the sector.

The matter was brought before the French Competition Authority by several newspaper publishers (News Corp. Inc., the Figaro group and the Rossel La Voix group) adversely affected by the practices of the digital giant.

Pauline Kubat was interviewed by Tribune de Lyon in connection with an article on ransomware attacks published on June 17, 2021.

Ransomware attacks: Best practices to protect yourself and deal with them

For several months now, ransomware cyberattacks have been on the rise. Recent attacks echoed by the media show that all types of organizations, whether private or public, can be affected, whatever their size.

In this context, this article offers a reminder of the best practices to implement in order to limit the risks and to know how to react effectively in case of an attack.

Online gambling: An experienced poker player remains a “consumer” according to the CJEU

Article authored by Pauline Kubat and published in the magazine Gambling.Re (May 2021 edition).

Gambling.Re is an independent platform dedicated to commenting gambling regulatory novelties across the globe, and issues an online magazine every month.

COVID-19: Joint opinion from the EDPB and the EDPS on the digital green certificate designed to facilitate travels within the EU

On March 17, 2021, the European Commission presented a proposal for a regulation to create a digital green certificate to facilitate free movement within the European Union in the current context of the COVID-19 pandemic.