All publications by André Soulier 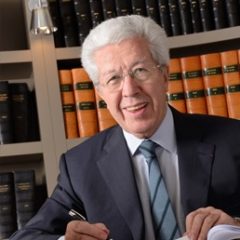 The so-called Jean-Marie Deveaux case, often described as one of the biggest miscarriages of justice in French criminal history, had a considerable impact because it is directly at the origin of the 1970 French Indemnification Act which provides for the indemnification of people sentenced wrongly before being cleared of all charges pursuant to a dismissal, discharge or acquittal ruling.

Procedural consequences related to the impossibility to enforce a judgment

No one can be expected to do the impossible. By judgment dated September 7, 2015, provisionally enforceable, the Commercial Court of Lyon ordered one of our clients – an asset manager – to produce a number of accounting and financial documents to one of its former clients, subject to a daily penalty of 5,000 euros. […]

Withdrawal of an order on ex parte motion: Recent clarification by the Cour de Cassation

SOULIER AARPI, represented by Mr. André Soulier assisted by Ms. Stéphanie Yavordios, recently received a favorable decision from the Cour de Cassation (French Supreme Court) in a dispute concerning, in particular, the conditions in which court bailiffs enforced an ordonnance sur requête (i.e. a court order on ex parte motion) issued on the basis of […]

As announced in our December 2014 e-newsletter, following FIFA’s decision to ban Third-Party Ownership (“TPO”) arrangements worldwide, the French Professional Football League (“LFP”) had decided to launch a fact-finding mission with the League 1 and League 2 professional clubs, as well as participants in TPO arrangements, the players’ union, and sports agents who have already […]

The professional football industry, a thriving business (increased TV rights, emergence of major sportswear and football equipment suppliers, implementation of new economic models by football clubs through the ownership of stadiums where people can now do many things other than just watching a game, etc.), naturally strives to ensure the integrity and loyalty of sports […]